The DeSoto Beach Hotel was named for the first European to explore the South; the very name is synonymous with the search for untold riches. The name had proved prescient; you don’t have to dig deep into the DeSoto’s past to find gems about the history of Tybee Island and the world around it. Back in 1939 when it was built, guests of the original Hotel DeSoto Beach Club were swathed in luxury. Waiters in black bowties shuttled about with cool refreshments atop silver trays for the elite clientele in from Savannah and beyond while rich terracotta floors were kept eternally spotless by a vigilant army of busboys in tuxedo shirts. The hotel was truly one of the poshest spots in the South, if not the whole country.

In those first days, the Beach Club was accessible only to guests of the Hotel DeSoto in Savannah. The Hotel and the Beach Club, as well as the General Oglethorpe Hotel on nearby Wilmington Island, were built, owned and operated by J.B. Pound. Pound was a local hotel magnate who used the favorable labor market conditions of the Great Depression to create not only the most beautiful, modern hotel possible with the most attentive service, but also many jobs. Many locals who could never afford to stay in such a place were nevertheless able to make a living building and staffing it. Two design influences inspired Pound’s vision for the Beach Club: Georgia’s Spanish past, and the sea. Hernando DeSoto, the hotel’s conquistador namesake, was the first European to explore Georgia. The Southern coast saw a revived interest in architectural elements from the days of old Spanish Florida. Combining those themes with a gentle nautical influence, the old DeSoto Beach Club was a uniquely beautiful structure. Even the outbreak of war in Europe never made Pound take his sights off making the grandest hotel possible.

The Beach Club’s heyday came in the postwar boom. During this time, the hotel changed ownership and became the Desoto Beach Hotel. (The locals would continue to call it the Beach Club, even after it was demolished decades later.) Not only did it open up to a decidedly less ritzy crowd—it also offered the only beachside dance floor on the Southern coast at a time when beach music became king. Famous shag dancing and amateur talent shows brought visitors from around the nation and the world. In the ‘60s, just as the Beach Club’s opening to the public had completed its transition from exclusive resort to hub of island life, the hotel changed ownership again. Both it and the General Oglethorpe were both bought out by businessmen with connections to the International Brotherhood of Teamsters. Wary locals suspected the new owners of further connections with less savory organizations. The actual goings-on in the Teamster-owned DeSoto Beach Hotel largely remain a mystery; for their part, the management kept poor records. That didn’t stop Tybee residents from speculating on the activities of the new owners or sharing wild stories of cash-stuffed briefcases changing hands on the airfield tarmac. (No evidence for rumors that Jimmy Hoffa—or some crucial piece of him—was buried on Tybee or at sea nearby.) 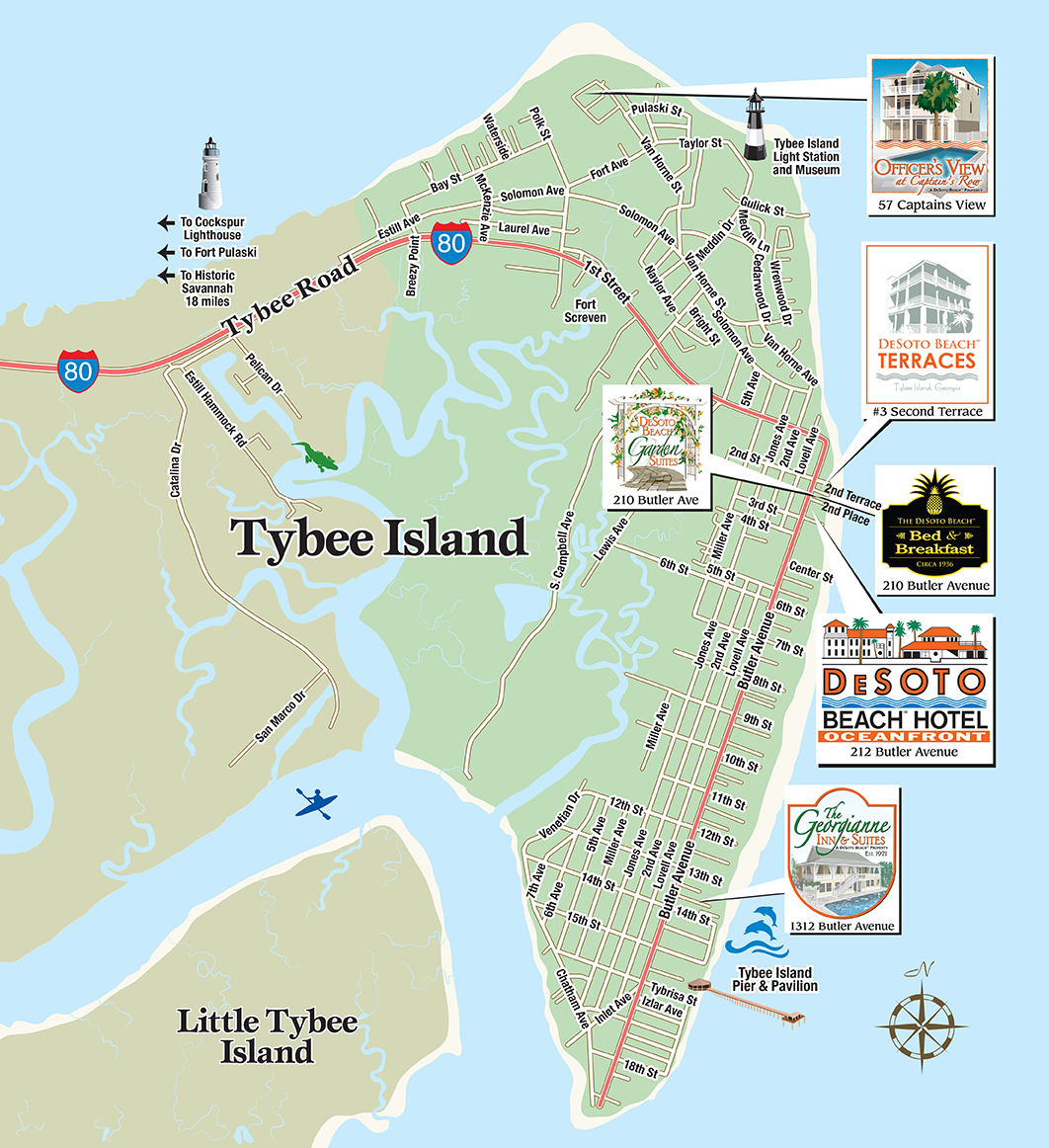